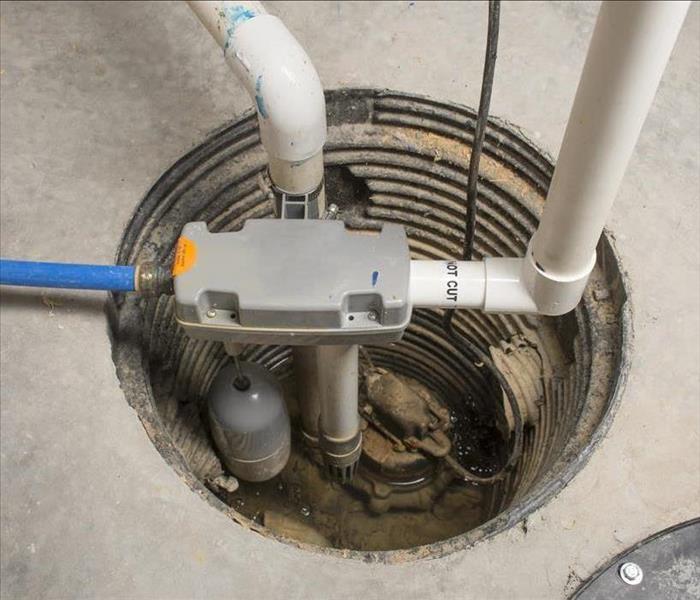 In Flood Zone Areas of Rock Hill, Install a Sump Pump in Your Basement

Standing Water and Cellars Can Be a Dangerous Duo

Basement flooding can become a grave danger even when damage anywhere else in the home is relatively benign. Although water may rise to only an inch or less, or never pool at all in other rooms, basements collect water and often end up with damage far more severe than elsewhere in the home. Further increasing safety risks, basements are also poorly lit, and even if electric lighting is adequate, it can also be a major electrocution hazard. SERVPRO recommends exercising extreme caution around flooded basements and looking out for these hazards.

Electrocution Hazards
In addition to light fixtures, most basements also contain many other serious shock dangers that can prove deadly in the aftermath of Rock Hill flood damage from large appliances such as refrigerators and televisions to electrical wires and circuits central to the rest of the home, most basements contain multiple sources of high-voltage electricity that can be aggravated by a flood. Even a small flood, not rising more than an inch or two, can create these hazards, especially with wall outlets. SERVPRO recommends you never enter a basement with standing water without our express permission, even if you believe it to be safe.

Water-Borne Risks
It's not just water that collects in a cellar during a flood. Debris, bacteria, and contaminants also follow the same laws of physics that cause water to flow downhill, and as a result, many of the materials suspended in floodwaters that make them so dangerous end up collecting in the basement area. From shards of glass and ceramic to dangerous life forms, these hard-to-see risks are another reason to stay away from standing water.

Drowning Risks
Typically in flood damage scenarios with multiple feet of water, a serious drowning risk can accompany a flooded basement. In the dark and enclosed spaces, it can be easy to lose track of the water's depth or to miss a possible hole in the ground. Even in shallow water, there is always a risk of tripping over something or bumping your head, which is why SERVPRO always uses headlamps or similar tools when entering dark areas.

SERVPRO of Clayton / Ladue has the equipment and experience to deal with flood damage in your home. Call us at (314) 863-4555 for our help.