Fire Hoses Are A Lifesaver – and a Major Source of Damage 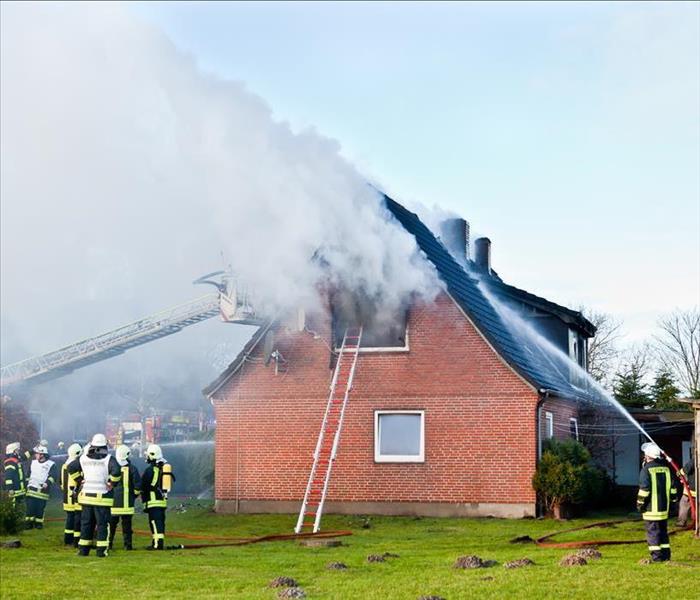 Fire and water damage in a Glendale, MO

Fire Hoses Are A Lifesaver – and a Major Source of Damage

If it ever happens that your home catches on fire, you pretty much expect there to be significant fire damage. What often surprises people is how much water damage there is. Even a small fire often takes hundreds of gallons of water to douse, and larger ones can take tens of thousands.

Somewhat surprisingly, there’s a fair bit of math firemen need to know when attacking a fire in Glendale, MO. Careful calculations of needed water not only impact how much they use but the actual fire hose sizes. Regrettably, even when done perfectly, there’s plenty of water to create problems. When water hits extremely hot surfaces it flashes into steam that penetrates into every crevice, creating long-lasting issues.

Once a surface gets soaked, it’s going to attract mold and mildew. Some forms probably aren’t very harmful but many of them are. Black mold has been shown to be especially toxic and it seems to love to grow after a fire. If only it happened in reverse – if the fire damage came after the water damage – it would do a great job of killing the mold! But, of course, it just doesn’t work that way.

A major part of fire cleanup is dealing with mold buildup. Professional restoration companies have a handful of specialized tools and techniques to remove mold and restrict its ability to grow in the future.

Once untreated wood absorbs water, the problem goes well beyond fire damage. Termites are strongly attracted to this; it’s like a free buffet with all the fixings. They’ll dig in and have a great time, possibly even building colonies and spreading throughout your house.

The damaged wood also loses its structural strength, meaning it may no longer be able to support your ceiling. The electrical systems are also often severely damaged, along with carpet and virtually everything else. In these cases, insurance will usually pay for an experienced remediation company in Glendale, MO to fix all the damage before it can totally destroy your home.